What is Wisdom Traditions 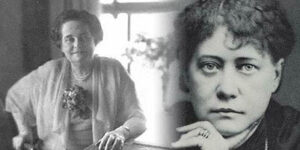 The Wisdom Traditions , also called “The Ageless Wisdom” or Perennial Philosophy has come down to us through many esoteric and religious traditions, but most recently and perhaps most succinctly (a strange term to apply to these writings, we know!) through the writings first of Helena P. Blavatsky and then Alice A. Bailey.

Beginning in 1888 with The Secret Doctrine and Isis Unveiled by Blavatsky, these mystery teachings were meant to reappear in time for the Aquarian Age and the changes which every spiritual tradition knew would be coming now. Both of these women (as well as others) received this information telepathically from Masters of the traditions.

These Masters are members of the Great White Hierarchy, a group of highly advanced Initiates committed to assisting in the Ascension of mankind. HPB was also active in the Theosophical Society whose foundations are based in the esoteric teachings as well. Much has been written on the background of the society and HPB so we will not further expound here.

Alice Bailey continued the work begun by HPB, receiving as amenuensis from the Master Djwahl Kul or “The Tibetan.” The result was many books disseminating the Ageless Wisdom teachings meant to appeal to all humankind of all walks of life. The goal was to go well beyond divisive and isolating religious dogma to create a unified society which includes a global spirit of religion: the foundation of the Age of Aquarius.

Dr. Douglas Baker carried all of these works into modern day, translating them into the language of this time and recognizing the importance of these concepts as the greatest teachings of our time. He established Claregate College in 1977 for the purpose of teaching the esoteric sciences, including quantum physics, dark matter, the Rays, UFOs and many, many more cutting edge subjects which are also ancient knowledge. His extensive published works are considered the largest by a single author anywhere in the world and encompass all of the Wisdom Traditions, of which in his own words;

“Esoteric Astrology is the Keystone to all the Wisdom Traditions.”

It is said there are 10 Keys to the Wisdom Traditions:

What Does “As Above, So Below” Mean?

“As Above, So Below” is an ancient maxim which beautifully illuminates the relationship between our earthly existence and our spiritual existence.

The essence of “As Above, So Below,” “As Within, So Without” is not punitive in nature, there is no room for blame; for the power of “As Above, So Below” lies in understanding the meaning of our lives. The more conscious we become, the more aware we are of our place in the Universe. This knowledge provides us with the optimal foundation to evolve into our full potential. Embracing the choices placed before us in order to reach our full potential is the express goal of Esoteric Astrology. 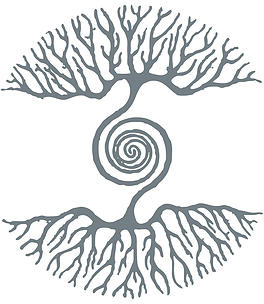 ALL images on this site – and of the stained glass panels – are copyrighted. No use without specific permission by Charlene R. Johnson is allowed.