SkyDance Astrology has been an esoteric astrology service since the auspicious year, 2000. Successful from the start thanks to the support of several counselors who believed in the service esoteric astrology could provide their clients, it has continued to flourish, mostly via word of mouth, to modern day. Although physically located in Florida it serves clients all over the world. Skype, FaceTime and the phone assure oral readings and recordings in a manner long predicted by the Wisdom Traditions! We are a global business.

SkyDance Astrology employs a pure Esoteric Astrology approach using the Claregate Method as taught in Dr. Douglas Baker’s Claregate College in England. It is NOT mixed in with exoteric astrology as is often practiced by other esoteric astrologers. As Blavatsky, Bailey and Baker all taught and predicted, this is the time when people will need the tool of esoteric astrology in order to align more consciously with their Soul’s Purpose. This, the Aquarian Age, is the time when Esoteric Astrology can lead the way to a new, unified society, a time when it will truly become The Language of the Aquarian Age. 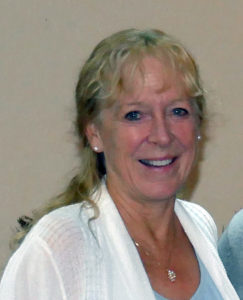 Charlene R. Johnson was raised in the northwest by a liberal-thinking minister who catered to a Native American reservation. Thus, she was exposed at an early age to more than one belief system in the world, with the idea of core Truths universal to all belief systems. From childhood she connected to the philosophy and lifeways of indigenous people and their love of nature; this was her anchor.

This also proved to be the perfect segue into astrology since the first astrologers world-wide were indigenous people. She first began studying and working with orthodox astrology in the early seventies when she was very shy and socially inept. She discovered it a useful tool for insights into how people think and behave, and used it in her daily life, even as she changed her own Ray makeup in her determined Will to reach beyond her shyness, to become a viable, communicative adult. 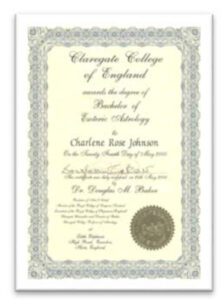 In the nineties as she evolved to a new level of searching for her own Soul’s Purpose and the answers to life’s deeper questions, she was introduced to Dr. Douglas Baker and discovered that the Wisdom Traditions of the ancient world fit beautifully into what she already understood of native ceremonies and beliefs. When she took her first Esoteric Astrology course, it was as if the last piece of the puzzle slipped into place. She had found her niche. At the encouragement of her teacher, she hung her professional shingle in 2000 and became his first American student professionally carrying on the Claregate Esoteric Astrology work.

Long a fan of Carl Jung’s, Charlene became an avid student of Caroline Myss’ with her first book, Energy of Anatomy, and when Myss’ archetypal work came out, she recognized how perfectly it worked with the astrology. Long a dream, but able to pursue only one dream at a time, she finally became an archetypal consultant in 2017.