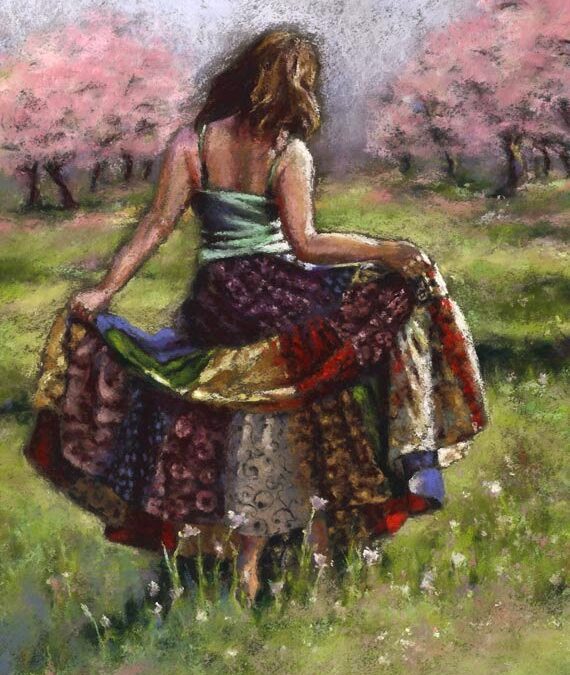 Artwork Above by Alisa Wilcher

“And the people stayed home. And read books, and listened, and rested, and exercised, and made art, and played games, and learned new ways of being, and were still. And listened more deeply. Some meditated, some prayed, some danced. Some met their shadows. And the people began to think differently.” Kitty O’Meara

For the third time this year, Uranus and Saturn enter into an exact challenge the end of this month, the end of this year. These two square off approximately every 14 years or so, but this year’s square-off has been particularly intriguing. Saturn, usually the rigid, structure-bound old fogey is in the progressive, far-seeing sign of Aquarius, while Uranus, usually the quirky rebel is in the sign of stolid, earthbound Taurus. In traditional astrology Uranus is the planetary ruler of Aquarius but in esoteric astrology it rules Libra, trying to find the balance between the far-out and the somewhat acceptable. And in traditional astrology Venus rules both Taurus and Libra, a twisting entanglement of roles. This gives us some clues to the upheavals we’ve been experiencing on a global level as planets and people try to re-identify themselves in a changing Universe. This is certainly grounds for revolution from wealth launched into space to the stark reality of poverty, discrimination and starvation, from planetary upheavals to gender re-definitions.

Both Aquarius and Taurus are what we call “fixed” signs, set in their ways, hard to sway, potentially stubborn but excellent at follow-through, dependability. This is their third time squaring off this year but although every time was a challenge, the planets were in different modes each time. In January both planets were direct, then Saturn was retrograde in June and now Uranus is retrograde. Even while undergoing seemingly the same challenge, things could be different because We could be different.

Everyone: Winter Solstice on the 21st . . . and the light begins to rule again.

Dynamic: A confusing challenge in the first half of the month could turn into a new sense of identity.

Direction: The pursuit of higher studies would help.

Soul Thought: “The Soul of Education is the Education of the Soul.” An Unremembered Pope

Dynamic: Your “seeking” may feel like it’s going nowhere.

Soul Thought: When the light challenges the dark.

Dynamic: Mother/s may have special meaning for you this month.

Direction: Communication will be important.

Soul Thought: “If we agree on everything, one of us is unnecessary!” A dear friend

Dynamic: A spending spree this month could result in needing to beg later.

Direction: Wait until the second half of the month to decide.

Soul Thought: One of the four Desires is the Desire for Security.

Dynamic: The month of the Cold Moon is a good time for researching.

Direction: Pick a topic if you haven’t already.

Soul Thought: Researching your Self is always a good choice.

Dynamic: It’s not an easy time to be alive.

Direction: But boy, is it an alive time!

Soul Thought: “The son of God was born an outcast in order to remind us that every outcast is a Son of God.” Pope Francis

Dynamic: The lack of external challenges is lovely.

Direction: But the conscious practice of patience is highly recommended.

Dynamic: It IS a disconcerting world we live in right now.

Soul Thought: The right note can change the world.

Dynamic: Expansion of mind and soul are very possible, despite the challenges.

Dynamic: If you feel you’d like to hibernate, it is that time of year.

Dynamic: Early in the month someone as strong as you will challenge you.

Soul Thought: When you pierce the bubble of joy, what’s inside?

Direction: A good time for soft ponderings and sweet meditations.

Soul Thought: In a crystal cave?