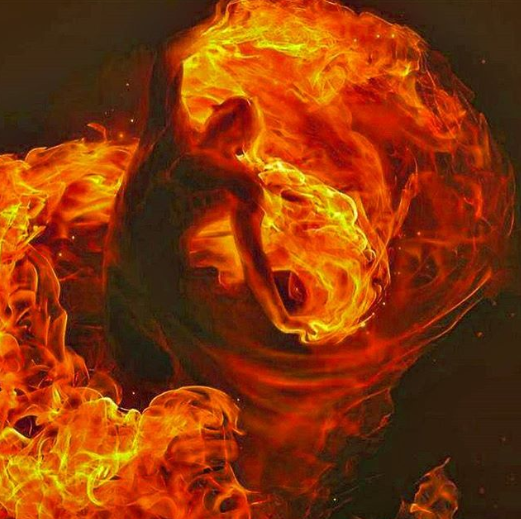 “The caterpillar destroys its own environment to become a pupa and then a butterfly. The caterpillar and the butterfly are both beautiful structures, but in the middle is Chaos, a space and time for Transformation.”  Bruce Lipton

Mars is often considered the “trigger” in any given relationship. It “energizes” whatever planet and sign with which it is in relationship. This year has seen it almost as much discussed by astrologers as the famous Pluto-Saturn-Jupiter triad all in the sign of Capricorn, since Mars sends a bolt of energy into whatever it relates to. Currently in the sign of Aries, its partner in traditional astrology, its energy level is especially high. Thus, one might consider – as some are – that the challenging relationship this month between said triad and this activator planet is potentially devastating. From a personality perspective that might even be true, and agreed, we are all still humans living a personality existence.

But the Soul loves a challenge and all three of the triad planets are expressing themselves on the highest, most spiritual level this month. Saturn’s chronic burdens are lightened; Pluto’s depressed darkness is also lightened. (Different form of “light!”) And while Jupiter gets more serious, it is still more spiritual. At the same time, Mars is entering into a blessing relationship with the Sun, first in Leo then in Virgo, making Mars something of a fulcrum point this month. Sun in Leo joining hands with Mars in Aries is as powerful as it gets and can send enough energy into the unusually receptive triad of planets that they could potentially change this painful initiation into a time of Enlightenment, bringing it down to earth when the Sun shifts into Virgo. Make no mistake, this is a time of initiation for humanity and accepting the challenge upon us as a potential for transformation rather than crying out in complaint, is nothing more than attitude.

Everyone: The last few days of August are full of blessings on many levels, far more blessings than challenges.

Dynamic: You have the energy and the support to get the job done.

Soul Thought: Life is a blessing.

Dynamic: The possibility is to go from inspired to practical.

Soul Thought: How to bring a dream into reality.

Dynamic: Partnerships may be a little rough early in the month.

Direction: Peace is coming, especially if you help it along.

Dynamic: Extra spark early in the month can help you through the whole month.

Direction: Make sure the spark stays inside, doesn’t explode.

Soul Thought: When to conserve and when to use well is the question.

Dynamic: You have the chance to experience it all every month.

Direction: You can instigate others to experience more than they might have anticipated.

Dynamic: You are shoulder-to-shoulder with destiny.

Direction: And you are in a strong place to respond; look for it.

Dynamic: It’s time to use all you’ve learned on intuitive levels.

Direction: The road is clear.

Soul Thought: Within and without.

Dynamic: If you intend to buy or sell, do it by mid-month.

Direction: After mid-month ponder it instead.

Soul Thought: “The reason most people fail instead of succeed is they trade what they want most for what they want at the moment.” Napoleon Bonaparte

Dynamic: Granted there are some challenges out there, cosmic and personal.

Direction: When you respond, think of everyone else.

Soul Thought: We all get our turn.

Dynamic: A beautifully devotional time can be had.

Direction: What are you devoted to?

Soul Thought: What is devotion?

Dynamic: It’s all about you this month.

Direction: Make sure it’s all about Good.

Direction: Remember the salvation part of the story.

Soul Thought: A way to control locusts is to grow crops they don’t like.