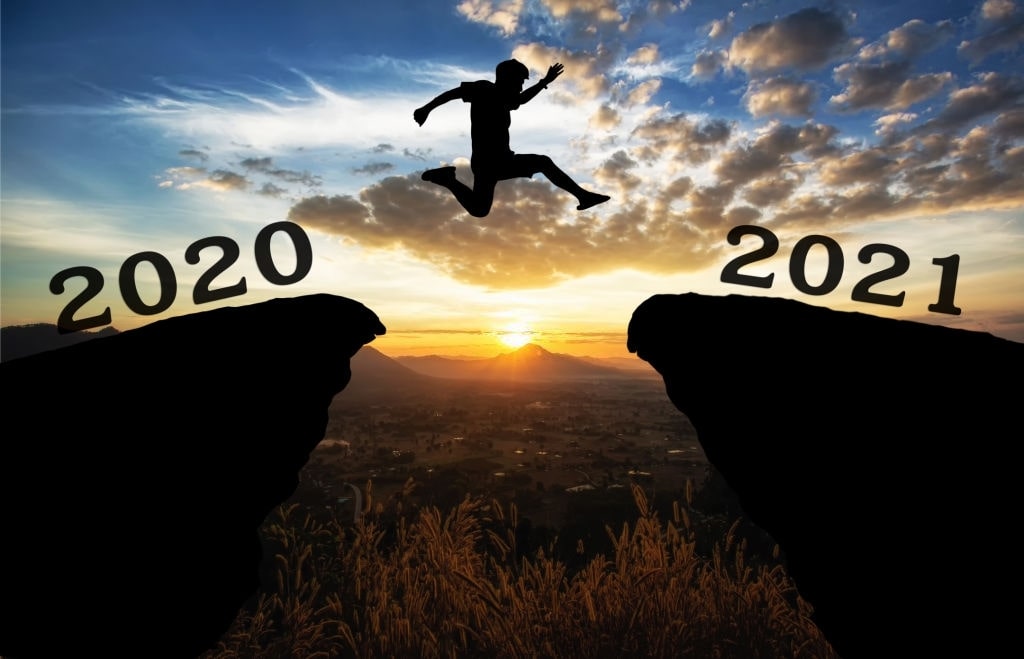 Traditional astrologer, Ken Bresee and esoteric astrologer, Charlene R. Johnson combined forces to provide an overview of the upcoming year from both perspectives.

What a year 2020 has been and what a year coming up! When examining the potential dynamics for a year, we look mostly to the outer, or less personal planets, the ones which move more slowly and affect the whole planet for some time, rather than just Me, Now. These would be Pluto, Neptune, Uranus, Saturn and Jupiter.

Pluto’s name is derived from the word, ploutos meaning “riches.” Mythologically, Pluto is god of the underworld where the buried treasure lies. We are meant to plumb the unconscious in search of manifesting the spiritual here on earth, the true buried treasure. As ruler of cataclysmic events which can help unearth the treasure, Pluto has been a pivotal point in world dynamics. In esoteric astrology, Pluto is the ruling planet of Pisces, the Age which we are leaving behind as we transition into the Age of Aquarius, an age when we are meant to become more conscious.

Collectively, we’ve been in a period of revolution as Pluto, (in traditional astrology, the planet of death and rebirth and ruler of Scorpio) has been in Capricorn since 2008 when the markets crunched; it will remain in this sign until 2023. Pluto relates to the collective unconscious and has been breaking down the archaic governmental and financial systems of the world which Capricorn represents.

Pluto in Capricorn brings together the planet of the unconscious and the sign of initiation and long-term-karma. From an esoteric perspective we could say that we have too long been unconscious about who and what we harm – Capricorn’s job is reminding us of the Law of Cause and Effect. Pluto is also the planet of hidden, secretive things and the word “disclosure” has gained in prominence this past year.

Pluto has been positioned where it was in the late 1770’s during the first American Revolution and has shaken us to the core over this past year. We are as divided as we were back then and will continue to struggle as a nation and a planet as we attempt to come to a common unified determination. Saturn (The Taskmaster) and Jupiter (The Expander) were also in Capricorn this past year, while erratic Uranus was in materialistic Taurus, all adding to the grimness, isolation and desperate attempts to cling to old ways of being which we have all recently experienced. This is the breakdown of the old world as we move into the Aquarian Age.

Neptune has been in Pisces since 2012 and remains there until 2026, strengthening the idea of the ending of a cycle which both Pluto and Pisces represent. Ages never give up their dominance without a fight, but rest assured, Aquarius is winning.

In 2021, Pluto continues in Capricorn and Uranus continues in Taurus. However, as of the Winter Solstice 2020, Saturn and Jupiter slide into the airy, universal sign of Aquarius. Saturn is the planet of limitations and boundaries while Jupiter is the planet of expansion and far-out ideas. Already, we can see how these two coming together can rock the earth. Saturn in Capricorn is in its own ruling sign in both traditional and esoteric astrology, making it strong and powerful, reminding us of our responsibilities to each other and to the earth in no uncertain terms. But with the shift into Aquarius, it lightens up.

Jupiter is the esoteric ruler of Aquarius, therefore with this shift, it becomes strong and powerful, but especially on a spiritual level, the highest levels, which the Aquarian Age is meant to move us into. Traditionally, Jupiter rules Sagittarius the explorer, the seeker, the future! Any way you look at it we are being launched – like it or not – into the Aquarian Age!

A noticeable shift will occur in the collective attitude as we seek to unify and find a common language to agree upon. Aquarius represents the time when we are meant to learn that we are all One, that we are meant to work together in groups, to recognize each other as all being on the same journey, even if by different paths and to heal the divisiveness. Many scientific, technical breakthroughs are likely to emerge in the new year as Aquarius is all about progressive, innovative ideas.

This Aquarian burst of new consciousness will quickly move us towards a greater collective awareness, though revolution is still in the air. Saturn & Jupiter launch the year challenging Uranus through the spring, a challenge Saturn continues into mid-summer. Saturn in Aquarius seeks to find the common denominator between us all as we move into this period of accelerated change of universal consciousness. This will bring in many unexpected surprises as our home planet continues to sort things out. In esoteric astrology, Uranus rules Libra so the earthly balance will be off; the erratic Uranian influence could trigger earthquakes, hurricanes and volatile weather. Interestingly, Uranus rules Aquarius traditionally, so it too is part of launching this new age. The bottom line is to expect the unexpected!

This challenge eases for the latter half of 2021. But we’ll still have the challenge of change. Jupiter and Saturn in Aquarius demand a new approach toward just about everything as we shift out of the old guard and adapt to a whole new way of life as a global society, as we get ever closer to the Aquarian Age. Fashion and entertainment will change dramatically taking on an entirely new tone as we adopt a more universal, androgynous expression.

That which unifies our humanity is the theme of 2021, which could spark great resistance from those still stuck in the old paradigm, and who resist the inevitability of collective change. The world as we know it will never be the same again. While we are not through the revolution yet, we are shifting. Where Capricorn can be a dour, grim, humorless sign, Aquarius is about laughter, joviality and enlightenment. As we move into this new year, hold on to your hat! And look for the fun and the positive change amidst the inevitable, ongoing upheavals!